Martial Arts & Mindfulness: How You Can Be More Centered Than Ever

To those in search of mindfulness: time to focus on the arts, specifically, the martial arts.

Imagine for a minute: you’re an accomplished karate sensei teaching your students new techniques involving the bo, a long staff made of wood.

Wanting to demonstrate one of the defense techniques, you invite a black belt amongst your pupils to come to attack you. You’ve asked him to strike you as hard as he can, and that’s precisely what he attempts to do.

You stand completely still with the bo at your side, and as he swings, you begin to sense he’s trapped in thought. At the last second, you turn to the side, raise your bo, block the attack, and counterattack in a series of seamless motions.

By now, I should mention that this wasn’t a hypothetical. In fact, it was an interaction between Robert Plotkin and his sensei that he details in an article for Everyday Mindfulness.

He notes that there was a momentary thought that threw him out of the moment. Since his instructor didn’t react for some time, he ended up focused on his thoughts about potentially hitting him instead of focusing on hitting him.

He also kicked himself for having been caught off guard by this delayed response. Since the instructor remained mindful of the moment, he was able to read Plotkin’s movements and delay defense to the final moments, surprising him in the process.

As Plotkin puts it, Sensei avoided a physical, mental or emotional reaction, instead choosing to experience the event & respond accordingly. In other words, he practiced mindfulness.

The staff of the mindfulness-dedicated website Mindful defines the concept as “…the basic human ability to be fully present, aware of what we are and what we’re doing, and not overly reactive or overwhelmed by what’s going on around us.”

This definition neatly complements the idea of martial arts as described by Taisen Deshimaru, author of The Zen Way to the Martial Arts.

Essentially, he says that while time is accounted for in other physical activities, martial arts is only concerned with the present moment. Whether it’s rugby, baseball, or football, time is pivotal.

In martial arts, time is irrelevant. Actions are performed in the here and now.

Even though The Zen Way was published in 1982, modern science has provided backing evidence for Deshimaru’s words.

Studies of martial arts in the European Journal of Human Movement provided positive findings that suggest the practice has a beneficial influence concerning stress management and mindfulness.

In terms of specifics, they reported the taiji quan, or tai chi, and aikido disciplines as significantly increasing mindfulness levels, according to their questionnaires.

The practice of forms, or sets of strikes, blocks, and kicks, is a cornerstone of martial arts education.

According to Melanie Gibson of BookMartialArts, many students view forms as mere requirements to get the next belt. She argues, however, that practicing them is a prime opportunity for meditation & the exercise of mindfulness.

As Gibson writes, there are a few ways this is accomplished:

Since self-defense moves are woven throughout forms across disciplines, and since they’re conducted solo, the forms serve as opportunities to practice moves until they become muscle memory.

Students are also instructed to employ full force in their strikes & move deliberately when practicing. They’re told this in order to get comfortable with the idea of rapid response & little hesitation, which is then employed in sparring matches or real life.

Gibson notes that the power of breath is fundamental in martial arts. In order to maintain deliberate movement, the martial artist has to stick to the form’s rhythm by using their breath.

Inhalation prepares one for the next move. Exhalation helps carry it to completion.

Forms, being movements to practice until they enter subconscious memory, are a perfect opportunity for constant self-reflection and awareness development.

Gibson asks students to consider their mentality and physicality as they practice.

“Where does it seem easy? “When do you lose balance? What happens if you lose your mental focus? When do you feel most powerful?”

By asking those questions to themselves, they are able to utilize the forms to actively exercise mindfulness, and increase their self-awareness.

For adolescents who have a harder time achieving that mindfulness, including those with learning disabilities & other mental health issues, there’s a specialized form of martial arts called Integra Mindfulness Martial Arts, also known as Integra MMA.

Developed by the Child Development Institute’s Integra Program, it is
“a 20-week transdiagnostic group treatment…[where] adolescents with a broad range of mental health disorders and learning profiles are treated together,” according to information from Ryerson University.

The idea that children’s mental states improve when they’re aware of and remain present with their distress is the basis of the practice.

The martial arts component gives kids in the program the opportunity to control their attention span, stay present when faced with challenging tasks, and monitor their behavior. By improving on these abilities, the kids can tackle the stress-induced impulsive patterns of their fight or flight responses.

These ideas come with proof, too. A study published by the Journal of Child and Family Studies in 2015 showed that “The mindfulness component of [Integra] MMA was identified as helpful in promoting a sense of calm, tolerance and acceptance of distress, and self-understanding in youth.”

Here are some main points you should keep in mind. 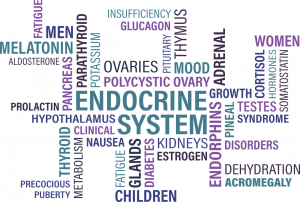